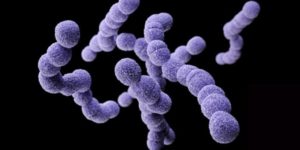 The Dangers of Undiagnosed Group B Streptococcus (GBS) during Pregnancy

During pregnancy, your doctor must diligently monitor your health and test for a variety of medical conditions that may pose a danger to you and your baby. Among the essential preventative screenings for pregnant women is a test for Group B Streptococcus, a type of infection that may be passed to your baby during childbirth. If an obstetrician fails to test for GBS and an undiagnosed mother gives birth, her child may contract the infection and suffer serious, often permanent complications.

What is Group B Streptococcus Infection?

Group B Streptococcus, also known as group B strep infection or “GBS,” is a type of bacterial infection that approximately 25 percent of women carry in their bodies. If a woman tests positive for Group B Streptococcus, the bacteria is considered “colonized” in her body. GBS can exist in a variety of areas, including the vagina, rectum, and gastrointestinal tract. When a pregnant woman is carrying GBS, she can transmit the infection to her child during delivery. Notably, GBS does not affect every child whose mother has the infection. Approximately 1 in every 2,000 babies in the U.S. contracts GBS. However, Group B Streptococcus can seriously harm to a mother and her child if it goes undiagnosed and untreated.

Since there are inherent risks associated with GBS, testing for this infection is considered a standard component of prenatal screening. Your doctor should run a Group B Streptococcus test between 35 and 37 weeks of pregnancy. If you test positive, your obstetrician should administer intravenous antibiotics during labor to combat the risk of your baby developing GBS after delivery. Failure to test for group B strep, missed diagnosis, or failure to provide antibiotics during childbirth may be grounds for a medical malpractice lawsuit.

What are the risks of Group B Streptococcus infection?

GBS can pose a danger to mothers and babies during pregnancy and childbirth. For a mother carrying group B strep, the bacteria can develop into a more serious infection known as sepsis, which is affects the entire body and may lead to death. GBS infection may also result in premature labor or miscarriage in a smaller percentage of women.

As for babies, those who contract GBS while passing through the birth canal are said to have early-onset Group B Streptococcus. Early-onset GBS applies to newborns who develop the infection within seven days of birth. While some cases can be successfully treated, babies with group B strep infection may suffer from serious complications. In the most severe cases, early-onset GBS can be fatal.

What if my baby has Group B Strep?

There are a host of serious illnesses and complications associated with group B strep in infants. If your baby develops GBS after being delivered, they may experience any of the following as a result:

Symptoms of Group B Strep Infection in Newborns

If your baby develops Group B Streptococcus, they will most likely show signs of the infection within 12 hours after birth. Common symptoms of GBS in newborns include:

Your doctor must identify potential signs of group B strep infection in your baby and begin treatment immediately to prevent permanent consequences.

Did your doctor fail to diagnose GBS during pregnancy? Speak with our New Jersey birth injury attorneys about your potential for legal action.

Fronzuto Law Group is a highly-equipped team of New Jersey birth injury lawyers serving mothers and babies who suffer harm as a result of medical negligence during pregnancy, labor, delivery, and neonatal care. Our attorneys are prepared to thoroughly investigate your potential birth injury claim and fight for the justice you deserve. We operate on a contingency fee model, meaning there is no cost to you unless we obtain a recovery. We also provide free case evaluations, so call (973)-435-4551 or contact us online to arrange yours today.

To find out more about Group B Strep infection during pregnancy, access the following resources: