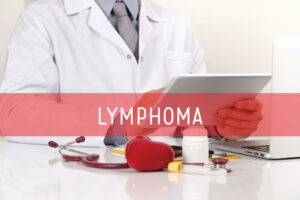 Most all cancer designations correlate to the origin of cancer. Accordingly, lymphoma is a cancer of the lymph system. The lymphatic system is responsible for managing fluid levels in the body and fighting infection. Thus, cancer of the lymph system, affecting the white blood cells, threatens crucial functions to maintaining bodily health. Prevention is vital for nearly all cancers, but early diagnosis and treatment are critical when cancers such as lymphoma exist. In some cases, maintaining extreme diligence while monitoring indolent cancer and taking immediate action if and when it becomes active, is the safest course of action. However, Hodgkin’s lymphoma and non-Hodgkin’s lymphoma cannot be effectively treated without first a diagnosis. In fact, failure to diagnose and lymphoma misdiagnosis can allow the disease to progressively worsen, lessening the affected patient’s chances for survival. This critical oversight or mistake can cost someone their life. It is also considered medical malpractice.

If you or a loved one suffered additional harm or wrongful death from a negligent lymphoma diagnosis or treatment, you are likely feeling overwhelmed by the disastrous experience. Consulting with an experienced medical malpractice attorney can help you focus your thoughts and energy on recovering, grieving, or continuing to fight the disease while your lawyer pursues compensation for all of your losses due to your doctor’s avoidable negligence. At Fronzuto Law Group, our talented New Jersey lymphoma malpractice lawyers can investigate the progression of your lymphoma diagnosis and treatment to identify if and when misdiagnosis, failure to diagnose, or negligent treatment occurred. Our highly experienced team will review your case, determine your grounds for a cancer malpractice lawsuit, and discuss how we can help you achieve maximum compensation. Our firm is dedicated to pursuing justice and damages for those who suffer injuries due to hospital negligence, physician errors, and inadequate care by medical professionals of all kinds.

To talk to an attorney regarding your lymphoma malpractice case in New Jersey, contact us at 973-435-4551 today. We provide free consultations and are available to assist you.

It is essential to understand that cancer is a process of good cells turning bad when the basic unit of tissue, the cells, mutate or change and multiply instead of dying off to make way for new cells. When cells mutate, they form tumors, which can be cancerous or non-cancerous. Malignant or cancerous tumors spread to nearby tissue or throughout the body. Some spread quickly, others slowly.

The most effective way to combat lymphoma is discovering the cancer early, and then treating it with the various treatments, medications, or surgeries available to fight the disease. Sometimes, a combination thereof is the best treatment approach.

For Hodgkin’s lymphoma, which strikes people in their 20’s and 30’s and those older than 65, chemotherapy, radiation, or a combination thereof are standard treatments for this rarer form of lymphoma. The cure rate is higher, reaching approximately 75%. Targeted therapies and immunotherapy may also work for those with advanced forms of Hodgkin’s lymphoma and for older patients for which chemotherapy has higher risks.

Symptoms of lymphoma often vary from patient to patient and appear like many other common conditions. For instance, symptoms mimic infections, stomach viruses, and even menopausal symptoms. Some of the most prevalent lymphoma signs include:

Notably, lymph nodes are not confined to the neck and actually exist in the pelvic region and armpits as well. As such, swelling of the lymph nodes can happen in different parts of the body for different people, making it all the more easily missed.

Doctors confirm a lymphoma diagnosis by performing a biopsy of the lymph nodes to find cancer cells. Moreover, a doctor can confirm non-Hodgkin’s lymphoma only through a biopsy. Hodgkin’s lymphoma appears in blood tests and scans for identifier cells in the blood and bone marrow. After detecting cancer cells in the lymph nodes, a doctor orders biopsies of other areas to determine whether the cancer has spread.

How Misdiagnosis, Failure to Diagnose, or Treatment Errors Occur with Lymphoma

One of the worst things a doctor can do with either form of lymphoma is waste precious time in misdiagnosing the condition. An incorrect diagnosis of either non-Hodgkin’s or Hodgkin’s lymphoma risks losing critical early interventions that could turn a curable disease into a fatal one. Before treatment, a generalist is typically the first to encounter a lymphoma patient when they come seeking help and reporting symptoms. Unfortunately, a missed diagnosis may mean the physician does not refer the patient to an oncologist, a cancer specialist. A doctor may squander early treatment opportunities with irrelevant treatments or tests without an immediate referral to an oncologist and blood tests. When that happens, treatment options narrow for those with advanced stages of lymphoma.

In addition to misdiagnosis and failure to diagnose, lymphoma-related negligence may involve improper or substandard treatment. For instance, oncologists reluctant to try newer forms of treatment may harm older patients who may fare better avoiding chemotherapy. Oncologists stuck in their ways may not wish to delve into something new; instead, they rely on the standard chemotherapy protocol.

When can You Sue for Lymphoma Malpractice?

Doctors, especially specialists, must keep apace with the constantly evolving cancer field and emerging treatments and practices. These healthcare providers must practice medicine in accordance with professional standards. The measure of such standards is defined by what other equally situated, trained, and experienced professionals would do in the same or similar situation. If your physician fell below the professional criteria for diagnosing or treating lymphoma, they breached their duty to you as their patient. In addition, if their breach of the duty of care resulted in worsening lymphoma, advanced stage cancer, limitations of your treatment options, or wrongful death for someone you love, they may be deemed legally responsible for your damages.

Wondering if you are eligible to receive compensation for lymphoma misdiagnosis? The NJ medical malpractice attorneys at Fronzuto Law Group can help determine if you have a lawsuit. Let us explain how our team navigates the legal process to recover your economic and non-economic losses, ranging from expansive medical costs from the past and those needed for future care, to pain and suffering. Call 973-435-4551 for a free consultation.

Our team addresses the most complex of pediatric malpractice cases, including rare conditions such as craniosynostosis and plagiocephaly.

Our firm represents individuals who are injured by improperly designed and manufactured products, including pharmaceuticals and medical devices, auto products, and sporting equipment.

If you or your child suffers from a birth injury, Fronzuto Law Group can help.