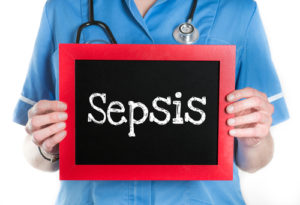 Sepsis: you may have heard the term before, but what is it? Sepsis is a life-threatening complication that results from infection and claims the lives of approximately 8 million people internationally each year. Sepsis can be caused by a viral, bacterial, or fungal infection that is improperly treated or allowed to progress without medical intervention. Sepsis is often described as occurring in three stages. It begins with general sepsis, which is the easiest to treat; moves to severe sepsis, which may involve a failing organ; and finally concludes with septic shock, which may result in death. In fact, septic shock causes death in almost half of all cases. Tragically, medical negligence can play a significant part in sepsis cases, acting as the underlying cause of infection, failing to prevent sepsis from progressing, or in the worse cases, leading to septic shock and wrongful death. In this article, we will thoroughly examine sepsis as a condition, as well as the ways in which sepsis-related medical malpractice may cause harm to patients.

Although sepsis can occur as a result of any type of infection, the most common infections that lead to sepsis occur in the abdomen, kidneys, and bloodstream. Pneumonia is also a leading cause of sepsis among patients. Notably, infection is the prevailing result of negligence in postoperative care. Patients who are victims of postoperative negligence often succumb to pneumonia, staph infections, and other infections that may lead to sepsis. After a surgery has been completed, the risk of infection is considerable and must be handled appropriately by doctors and medical staff. All surgeries increase a patient’s risk for infection, which is why medical professionals must diligently monitor patients; ensure that all tools and areas are sanitized; and regularly clean and properly dress incisions.

In addition to those who have recently had surgery or other invasive procedures, there are several other populations that are at increased risk for developing sepsis. For example, sepsis is more common in babies, young children, and the elderly. It also occurs more frequently in those who are currently very ill, have compromised immune systems, have injuries or wounds such as burns, or have been placed on intravenous devices such as breathing tubes or catheters.

The Stages of Sepsis

The stages of sepsis are marked by varying degrees of complications and associated danger to the patient. The first stage of sepsis requires certain symptoms to be diagnosed, including: elevated heart rate (higher than 90 beats per minute), increased respiration rate (higher than 20 breaths per minute), and abnormal body temperature (above 101 or below 98.6 degrees F). The first stage of sepsis is the best time for treatment, which is why it is essential that physicians identify the signs and take action as soon as possible. When sepsis moves into the severe sepsis phase, blood flow decreases to vital organs like the heart, brain, or kidneys. It may also lead to blood clots, which can cause tissue damage and organ failure.

A person who is suffering from severe sepsis may have one or more of the following symptoms:

The final stage of sepsis is septic shock, which manifests itself in all of the above symptoms, as well as extremely low blood pressure that cannot be corrected by administering fluids. Septic shock is a life-threatening condition that frequently leads to death.

When sepsis occurs, timely and aggressive treatment is absolutely essential to the survival of the patient. Doctors have a slew of tests at their disposal to diagnose sepsis, including blood tests, urine samples, wound secretions, respiratory tests, and imaging tests such as X-rays, CT scans, ultrasounds, and MRI’s. When a patient is diagnosed with sepsis, the specific treatment/(s) necessary are determined by the extent to which sepsis has progressed. Intravenous antibiotics, blood pressure medications, steroids, insulin, intravenous fluids, oxygen, and other treatments may be administered to combat sepsis and correct or prevent further complications. Failure to diagnose or adequately treat sepsis can lead to devastating, if not fatal, consequences.

Do You Have a New Jersey Medical Malpractice Case Involving Sepsis?

At Fronzuto Law Group, our highly skilled team of New Jersey medical malpractice attorneys represents victims who suffer harm as a result of postoperative negligence, failure to diagnose, and improper treatment of sepsis. We also aggressively advocate for those who have lost loved ones as a result of septic shock. If you or someone you love has been victimized by medical negligence involving sepsis in New Jersey, contact our North Jersey offices today to discuss your specific situation and learn more about your potential legal options. One of our attorneys will be happy to answer all of your questions and we provide consultations free of charge. Simply call 973.435.4551 today or submit an online contact form to start a dialogue.