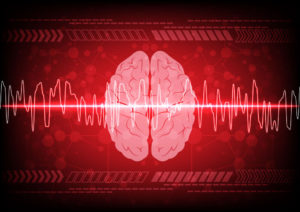 Seizures can affect adults and children alike, resulting from a wide range of medical conditions and diseases with the potential to temporarily or permanently affect sufferers. In some cases, infants will experience seizures resulting from birth injuries, while in others, children develop seizure disorders in adolescence due to biological or environmental factors. In still other cases, women begin suffering from seizures with the onset of pregnancy, as is common in cases involving related conditions like eclampsia, a complication of preeclampsia. Regardless of the circumstances, seizures must be identified, the underlying condition diagnosed, and immediate proper treatment rendered, to prevent further complications. Misdiagnosed and untreated seizures and conditions that result in seizures can lead to permanent harm for adult and pediatric patients, even resulting in untimely death. If you or your child is suffering health consequences due to suspected medical negligence involving seizures, it is critical to seek legal guidance from an experienced attorney.

At Fronzuto Law Group, our highly skilled medical malpractice lawyers can thoroughly investigate your case to determine if and how medical negligence with seizures occurred. If errors on the part of a doctor or hospital in New Jersey caused your seizures, or a medical professional made mistakes with the diagnosis or treatment of your condition, will can assist you with every phase of the legal process to obtain compensation. Our firm purposefully narrows our focus to medical and pediatric malpractice litigation in order to develop a thorough command of this extremely complex realm of the law and provide superior representation to our clients. If you have been a victim of medical malpractice with seizures in New Jersey, we will zealously purse maximum damages to compensate you for medical bills, pain and suffering, foregone income, and lost quality of life.

For a free consultation and personalized guidance regarding your potential claim,
contact us at 973-435-4551 today.

A seizure refers to erratic electrical activity in the brain that disrupts the normal neurological connections. Seizures can impact individuals of all ages, from the youngest babies to elderly adults. An inherited condition, known as epilepsy, affects 1.8 percent of adults and 1 percent of children under 18, and is often erroneously diagnosed anytime someone has a seizure, whether a single seizure, called first seizure, or repeated incidences. 30 percent of children epileptics become adult epileptics. On the other hand, some seizures are caused by a nonepileptic seizure disorder, associated with sleep, heart and neurological disorders such as narcolepsy, arrhythmia and Tourette’s syndrome.

Seizures in children and adults are also caused by chemical imbalance, brain tumors or damage, stroke, or any combination of these. They are usually followed by fatigue or sleepiness, referred to as the postictal state, which may come with forgetfulness about the seizure, confusion, fatigue, headache, weakness in limbs, speech or vision impairment. Seizures can also be caused by blood sugar spikes or when blood sugar plummets, concussion, or substance withdrawal. Provoked seizures are those brought on by drugs, low blood sugar or substance withdrawal, while non-epileptic seizures are those caused by mental illness, muscle diseases or fainting.

Birth injuries due to medical malpractice can result in seizure disorders, which may be caused by a brain injury or other trauma before, during, or immediately after birth.  Seizures in infants younger than four weeks occur in 3 out of 1,000 newborns, often caused by:

Seizures in infants do not generally appear the same as those in adults. For example, an infant may jerk one body part or all of them simultaneously, appear with facial tics, stare, or stop breathing, which are not obvious signs of seizing. Infant or neonatal seizures (before 28 days) are more difficult to detect because they may appear as breathing cessation, random eye movements or lip smacking, as opposed to obvious signs like convulsions. Infantile spasms in developmentally delayed children before 18 months may manifest as flexed, stiff muscles after arising from sleep, which may be misinterpreted as seizures. Significantly dangerous when occurring in newborns, untreated seizures for a prolonged period can lead to cerebral palsy or developmental delays.

Children may experience various types of seizures. For instance, most childhood seizures that occur before age 15 are febrile seizures, which may be attributed to high fever, infection, or diseases like chickenpox. The likelihood of repeat febrile seizures depend upon genetics, premature birth, developmental delays and past febrile seizures. Long-lasting or serial seizures, called status epilepticus, are common in children under 2, and are very dangerous. Moreover, approximately one-fourth of children are misdiagnosed with seizures caused by medications, poisons, infections, blood vessel and metabolic disorders, as well as brain bleeds. Other conditions mistaken as seizures include migraines, mental disorders or night terrors. They can also be confused with simple fainting.

Focal and generalized seizures are two kinds of seizures that may occur in children. Depending on where the abnormal activity occurs in the brain, certain parts of the body will be affected. For example, focal seizures occurring in one half of the brain are characterized by an aura or fear preceding the seizure, as well as visual, hearing or other sensory disturbances. A simple focal seizure could affect vision, muscles, arms, and legs, while a complex focal seizure can affect emotions and memory, causing a child to lose a sense of reality or act abnormally, such as screaming, running or gagging. A child may experience flu like symptoms as well. With absence or petit mal seizure, symptoms include staring, twitching mouth or eyes, an unfocused look like daydreaming, a condition affecting 2 out of 1,000 children between the ages of 4 and 12 years of age.

In adults, conditions like eclampsia, a dangerous pregnancy condition that comes with seizures, and meningitis, an infection of the spine, as well as heart disorders, are often confused for epilepsy. Epilepsy occurs in about one million females, as the onset of seizures may be affected by menstruation and pregnancy. As is the case with infants and children, seizures in adults can occur in numerous ways. For example, a generalized seizure can be convulsive or non-convulsive and takes on many forms depending on the symptoms. Atonic seizure symptoms involve a total loss of muscle control, dropping down to the ground, while someone with a generalized tonic-clonic seizure, or grand mal seizure, has contracted muscles, extended body parts, foaming at the mouth, stiffened and jerky muscles, tongue biting and tremors. Myoclonic seizure consists of multiple seizures with jerking and sudden movements. Lesser seizures may affect only certain body parts or come with auras, stomach-ache and foul smell in the nose.

Other seizures, like the rare abdominal epilepsy, come with stomach pain, cramping, vomiting, sleepiness, confusion, tonic-clonic seizures, and queasiness, all of which vary from patient to patient and episode to episode. Diagnosing this type of seizure condition is difficult, as stomach problems look like so many other illnesses and may or may not be linked to the seizures. Temporal lobe seizures affect the temporal area of the brain, which can be invisibly experienced as increased heart rate or sensation, excessive salivation, and the person either staying alert or losing consciousness of their surroundings. Seizure triggers include flashing lights, fever, menstruation, sleeplessness, stress, booming music, strenuous exercise or extreme emotions.

How Doctors Diagnose and Treat Seizures

To diagnose the seizure and cause or causes, physicians must ask about recent head injuries, fevers or inherited conditions. Various tests measure different types of seizures and conditions that come with seizures, so physicians rely on thoroughly detailed accounts of the event or events to diagnose the type of seizure and tests to be performed, for example, blood (checking sugar and sodium levels), urine, spinal tap (testing for meningitis for children 3 to 18 months), CT scan, EEG and MRI (checking for brain bleeds, brain wave activity or tumors). For absence seizures, anti-seizure medication and a battery of tests run in the hospital may identify the type and rule out causes.

In cases involving childhood seizures, the doctor should ask whether the child was born premature or is taking medication now or in the past. To evaluate a child for seizures, medical professionals should know the child’s birth, medical and illness history. They should be informed of not only medications the child has taken but also chemical exposure, a complete description of the seizure (how long, when, where, which body parts affected) and full description of behavior before, during and after the seizure.

Controlling the seizures with medications, depending upon the type of seizure, patient’s age, side effects and method of ingestion is the usual treatment. Medication and a high-fat, low-carbohydrate ketogenic diet to lessen seizures may be prescribed. Alternatively, a vagus nerve stimulation device can be surgically implanted to send electrical impulses to the brain to deactivate seizures. In extreme cases, surgically removing the malfunctioning part of the brain or severing the brain halves may be recommended. As distinct from adult seizure treatment, children will not be placed on medication after a first seizure without knowing the cause because seizure medication comes with damaging side effects to the liver and teeth. And because children could have so many other conditions, physicians too frequently misdiagnose and fail to properly treat seizures, since treatment depends largely on which type of seizure the patient has.

Given the complexity and variability among patients with seizures, medical malpractice in the diagnosis and treatment of seizures is a highly common occurrence. At the root of most common malpractice lawsuits are failure to diagnose or properly diagnose medical symptoms, patient treatment injuries, failure to treat, inadequate documentation and faulty medication prescription. When determining whether medical negligence occurred, knowledgeable attorneys and medical experts assess whether a healthcare provider breached their duty to a patient by deviating from the standard of care required of a similarly situated healthcare provider, directly causing the patient harm.  When medical malpractice can be directly tied to the patient’s injuries and a doctor-patient relationship has been established, the patient may recover compensation through a successful lawsuit.

If you believe that your doctor or your child’s doctor failed to properly diagnose or treat a seizure disorder, we encourage you to seek help from a medical malpractice attorney and find out if you may have grounds for a claim. Fronzuto Law Group is dedicated to advocating for medical negligence victims throughout New Jersey. Call 973-435-4551 for answers to your legal questions today. Consultations are free and always available to you.

Our team addresses the most complex of pediatric malpractice cases, including rare conditions such as craniosynostosis and plagiocephaly.

Our firm represents individuals who are injured by improperly designed and manufactured products, including pharmaceuticals and medical devices, auto products, and sporting equipment.

If you or your child suffers from a birth injury, Fronzuto Law Group can help.