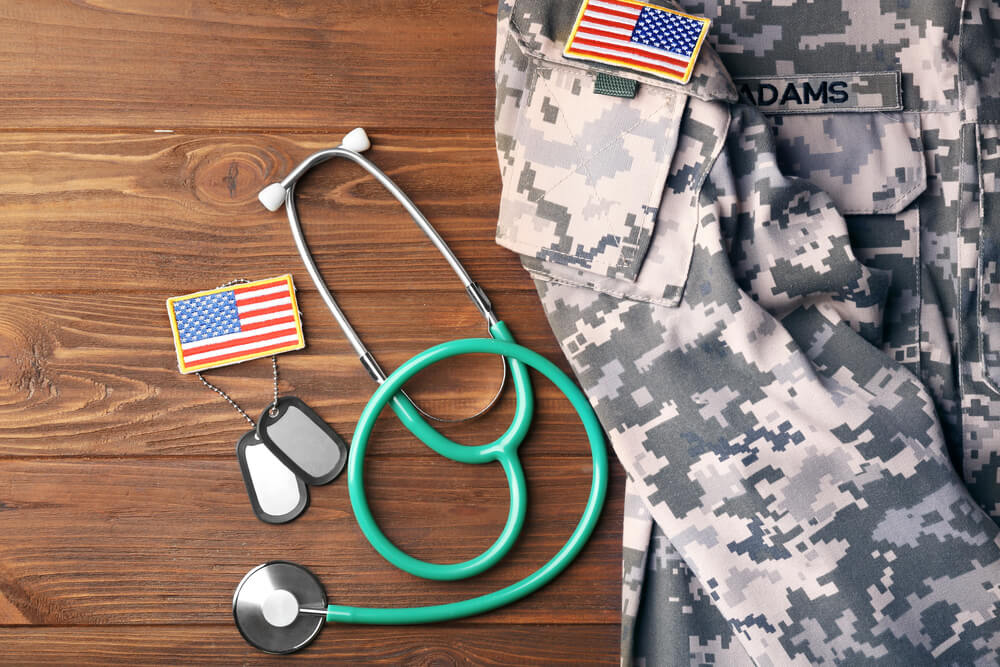 When you are in the service and a military or Veterans Administration physician or treatment facility caused a birth injury or other harm due to medical malpractice, you may be able to sue the military for damages to yourself or your child. However, that was not always the case. Now, a New Jersey military member or their spouse, whether active duty or not, can sue the military for medical malpractice or birth injuries under specific conditions. It is important to understand the evolution of the law in military medical malpractice cases and to determine whether your case makes you eligible to pursue compensation.

When service personnel or their spouses suffer at the hands of a negligent military medical professional, they can now sue the military in certain situations. Active-duty members were formerly unable to sue the military. The Feres Doctrine, arising from a Supreme Court decision of the same name, prevented active members from suing the government for injuries incurred during service. The case confirmed governmental immunity from military member tort claims.

As a result, active members could not sue an army doctor or hospital for injuries due to or incident to their service. In ruling to prohibit active-duty members from suing the government for their damages, the Supreme Court, in the Feres case, reasoned that the Veterans Benefits Act already compensated the military for their injuries, so they should not be able to sue the government also. On the other hand, inactive and retired members or their dependents, could sue the military as long as they followed the Federal Tort Claims Act (FTCA) provisions.

Lawsuits Against the Military under FTCA

Before the NDAA, an active service member could not file suit for a military injury, but dependents could sue the military for the active member’s injuries. They could sue for loss of consortium, companionship, and other losses. The FTCA grants governmental immunity from lawsuits to government employees, institutions, or entities. Under the FTCA, the injured individual has to file an administrative claim, describing the malpractice and damages amount, allowing the government six months to respond with a settlement payment or denial. Failure to follow procedural rules forfeits the member’s claim.

The injured party must file a claim with the appropriate service branch office. After filing a claim, the Secretary of Defense reviews it and awards up to $100,000.00, or if the claim is higher, the Secretary of the Treasury can approve the claim. In New Jersey, medical malpractice injury amounts for compensatory damages have no caps, but punitive damages are limited to $350,000.00 or five-times the amount of compensatory damages, whichever is greater. Punitive damages punish exceptionally or grossly negligent actions or intentional acts that harm the person suing. They aim to deter wonton, malicious or reckless acts of medical malpractice.

Before the 2020 National Defense Authorization Act (NDAA), the Feres Doctrine prevented active military members from suing a VA or military treatment provider for injuries incurred due to medical malpractice. However, the NDAA allows active service members or their surviving heirs to sue the government for personal injury or wrongful death claims due to medical malpractice. In addition, they may sue for birth injuries, but only if the medical provider qualified under the NDAA performed healthcare services at a military facility covered under the Act.

Covered facilities include a Department of Defense hospital, medical center, or outpatient care center. It does not cover injuries on the battlefield or ships or planes, nor qualified healthcare providers acting outside of their employment or duties. The claimant must file within two years of the date of the injury. Note that the two-year requirement applies for medical malpractice and birth injuries, which distinguishes military birth injury actions from typical claims in New Jersey. The statute of limitations for birth injuries in New Jersey is extended to the child’s 13th birthday.

One problem arising with the Feres Doctrine was that it did not consider women in military service. Military women delivering babies by military obstetricians and at military hospitals and facilities were simply not on the radar of the Supreme Court when it decided Feres in 1950. The Court in Feres primarily addressed the government’s concern about tort immunity against the active-duty military.

Now, an active, retired, or inactive member may sue a military physician or facility for birth injuries to their child or those they suffered at the hands of negligent medical personnel. The NDAA allows claims against the military for birth injuries, but only if the medical provider qualified under the NDAA performed healthcare services at a qualifying military facility. Case law remains inconclusive that all members and their dependents can sue, as each case rests on how the injury happened, among other facts.

Whether a child can sue for cerebral palsy, shoulder dystocia, brachial plexus injuries, Hypoxic Ischemic Encephalopathy (HIE) and other injuries occurring at birth in a military hospital depends on the origin of the injury, whether the case can pass the Feres Doctrine scrutiny, and other significant factors. With the existing complexity of standard birth injury cases, the fine line distinction between who has grounds to sue and who doesn’t requires extensive legal knowledge and experience.

An experienced medical malpractice and birth injury lawyer with military claims experience is your best resource if you were harmed by the negligence of a military or VA medical provider, or your baby suffered birth injuries. Medical malpractice actions are often very complicated when a civilian files suit. Linking the injury to the medical professional’s behavior is challenging. Adding a layer to the malpractice picture with military personnel and governmental immunity is even more complex. While it may seem daunting, you can turn to the trusted professionals at our New Jersey firm for informed guidance and zealous representation.

If you, your baby, or someone you love was injured by substandard medical care at a covered military medical facility, the lawyers at Fronzuto Law Group are thoroughly prepared to assist you with determining your legal options for seeking compensation. With a practice dedicated to medical, birth, and pediatric malpractice litigation, we have spent years investigating, formulating, and successfully fighting for financial recoveries on behalf victims and their families. Contact 973-435-4551 to discuss your case with a qualified medical malpractice lawyer for veterans and military members. The consultation is always available at no cost.