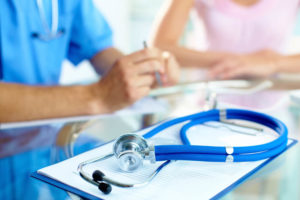 Gender Bias in Medicine: Could it be Malpractice?

With so many women suffering from cardiovascular disease, autoimmune diseases, cancer, and other serious medical conditions, it is shocking to know that women are taken less seriously when reporting their symptoms and seeking medical care. Surprising as it may seem, gender bias in medicine is a very real problem that may lead to misdiagnosis, missed diagnoses, and poor outcomes for women’s health. If you are a woman with an illness or medical condition in New Jersey, it is important to be aware of the overall propensity to minimize or overlook serious issues that may affect your health when being treated by a doctor or another medical professional. Likewise, you should know that if you become a victim of misdiagnosis, delayed diagnosis, failure to treat, or another form of medical negligence in New Jersey, you have the right to hold healthcare providers accountable and seek just compensation.

Contact Fronzuto Law Group if you have questions about a potential claim for medical malpractice in New Jersey. When you need information and highly experienced representation, we are thoroughly prepared to assist you. Call 973-435-4551 or contact us online for a free consultation today.

Are Women More Likely to be Victims of Medical Malpractice?

According to an ever-growing body of research, male and female physicians are more concerned with illnesses that affect men than with those that affect women. In fact, when it comes to diagnosis and treatment, many healthcare providers ignore or downplay women’s medical complaints, which affects their diagnostic and treatment outcomes. Gender bias in medical treatment can be described as healthcare workers treating women inferiorly to men or making no distinction between men and women in treating diseases disproportionately affecting women.

While this long-time bias has come to light in recent years, inherent preconceived notions about women and their health persists. For example, studies show that although women report intense pain more frequently after surgery, they are not given as much pain medication as men, and they wait longer to get it. Doctors and nurses often presume that women imagine or overreact to pain because they are emotional. Despite suffering far more than men from chronic pain for which there is no known treatment, women’s pain is not taken as seriously as men’s.

Not only can women feel the healthcare system gender discrimination, but physicians admit that their patients have been dismissed by previous doctors as having imagined their symptoms. Only when they find a doctor who finally listens to their complaints, do these women find that something was indeed wrong. Moreover, unless the patient returns to their original doctor and informs them of the underlying condition that was missed, these practitioners never know they were wrong and thus, cannot self-correct.

Why are Women Victims of Missed Diagnosis More Often?

Women often internalize these minimizing attitudes and shrug off serious signs of a medical problem, ignoring their intuition that something may be wrong. It is for this reason, among others, that many women miss heart attack signs. Part of the problem lies in past legal bans on women in clinical trials until just 25 years ago. Before then, symptoms and illnesses primarily affecting women went largely unexamined, leading to physicians failing to diagnose conditions, partially due to ignorance and partially to dismissive attitudes. Women’s disease studies, consequently, are funded far less frequently than men’s. In addition, women’s underrepresentation in drug trials leads to more women prescribed drugs that are either unsafe or ineffective for them, since women are not considered when formulating or testing many drugs.

The same goes for mental health among women. While men and women suffer from psychiatric disorders like depression at the same rate, according to the World Health Organization, women are more often diagnosed with depression than men. In fact, women are over-treated for mental illness when other factors could be creating symptoms, and are more likely to be prescribed mood-altering drugs. Prejudices like these can lead to misdiagnoses, failure to diagnose, and improper treatment claims when conditions go untreated or incorrectly treated due to ingrained habits and assumptions.

Medicine is also behind the times when it comes to pain. Today, more studies confirm pain is not exclusively  a sign of disease, but in and of itself important to treat. Yet, medical schools still teach pain as symptomatic of disease. Thus, migraines have been stereotypically treated as a product of neurosis and not a legitimate condition. Despite a sound neurological basis for the disease, a headache is often considered a hysterical woman’s complaint, just as it has been in the last five decades.

Other biases show up in Alzheimer’s disease diagnosis. In fact, testing for Alzheimer’s fails to account for women’s outperforming men on memory tests at the onset of the disease, resulting in delayed diagnosis and treatment for women. Another detrimental bias, cardiopulmonary resuscitation training dummies are male, so women are less likely to receive CPR by strangers fearful of breasts interfering with the procedure. Finally, endometriosis diagnosis is often confused with menstruation cramps and therefore, this painful condition is endured for a delayed seven years, on average, before diagnosis.

Whether built-in prejudice in medicine is the fault of healthcare providers, societal forces, or another reason, physicians and nurses must educate themselves and become aware of what the medical world is slowly realizing: gender bias can lead to medical malpractice and serious injuries for female patients. Some of the most common forms of medical negligence that lead to women being injured include:

Did a Medical Professional Fail You in NJ?

If so, we can help. Our skilled team of attorneys at Fronzuto Law Group seeks justice and maximum damages for women and men who have placed their trust in negligent medical professionals and ultimately suffered harm as a result. If a doctor, hospital, or another healthcare provider or facility put your health and your life at risk in New Jersey, contact us at 973-435-4551 today. Our lawyers will assess your case free of charge and discuss your potential grounds for a lawsuit.