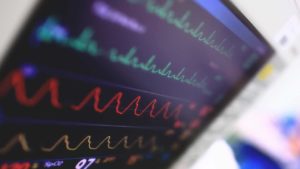 Heart attacks are truly silent killers, in more ways than were previously recognized. Researchers in the U.K. recently investigated the incidence of heart attacks that led to deaths after being “missed” by doctors. So, what did they find? Patients were exhibiting symptoms such as chest pain, shortness of breath, and fainting up to one month before their deaths. In fact, as many as one in six people who died of a heart attack in a four-year period may have had symptoms that physicians failed to recognize and take action to treat.

If you or someone you love suffered harm or wrongful death from an undiagnosed heart attack in New Jersey, you may have grounds to pursue damages. At Fronzuto Law Group, our New Jersey medical malpractice attorneys aggressively advocate for victims and their families, while providing support and guidance every step of the way. To discuss your case with a seasoned New Jersey medical injury lawyer, contact our offices today at 973-435-4551. We always provide consultations free of charge.

The medical community has often referred to heart attacks as “the silent killer” because a striking number of people experience heart attacks unknowingly. In fact, a study published in the journal Circulation revealed that nearly 50 percent of all heart attacks are silent, meaning the person is unaware that they are having a heart attack. The research followed over 9,000 subjects, both male and female, from 1987 to 2013. Nine years into the study, 386 people reported having had a heart attack, while another 317 had experienced a heart attack without knowing it.

How Doctors Fail to Recognize the Signs of a Heart Attack

While some heart attacks go undetected, some people experience unexplained symptoms and seek treatment, making it incumbent upon their doctors to recognize the potential signs of heart disease and/or an imminent heart attack. A recent study among English researchers from the School of Public Health at Imperial College analyzed 446,744 hospital admissions, including 135,950 heart attack deaths, between 2006 and 2010. They found that 16 percent of patients who died had been admitted to the hospital in the previous 28 days. Among those who died, some showed urgent signs such as chest pain, while 21,677 had no heart attack symptoms documented in their medical records.

Heart attack symptoms are highly variable among patients, particularly between men and women. While you may expect to experience chest pain, this may manifest in a sense of tightness or pressure, or may not occur at all. Some of the other common symptoms of heart attacks include:

Risk factors for heart disease are also important to recognize, including: a family history of heart disease, a personal history of preeclampsia, diabetes, sedentary lifestyle (lack of physical activity), smoking, high blood pressure, being overweight or obese, high cholesterol, and simply being over the age of 45 for men and 55 for women.

When Failure to Diagnose a Heart Attack Constitutes Medical Malpractice

The head author of the aforementioned research, Dr Perviz Asaria said, “Doctors are very good at treating heart attacks when they are the main cause of admission, but we don’t do very well treating secondary heart attacks or at picking up subtle signs which might point to a heart attack death in the near future.” This is not exclusive to doctors in the U.K.; in fact, it occurs in the United States with astounding frequency. When you enter a hospital, emergency room, or doctor’s office, it is the responsibility of the doctors to investigate and rule-out all potential underlying causes, particularly those that are life-threatening if undiagnosed.