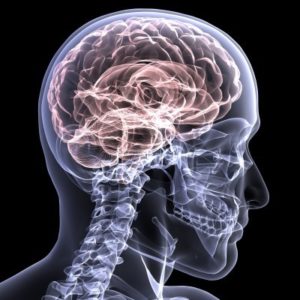 The research, entitled Anxiety Disorders in Adults With Childhood Traumatic Brain Injury: Evidence of Difficulties More Than 10 Years Postinjury, was led by Michelle Albicini at Monash University School of Psychological Sciences in Melbourne, Australia. It was published recently in the Journal of Head Trauma Rehabilitation.

In order to analyze long-term psychiatric outcomes in adults who suffered traumatic brain injuries (TBI) in childhood, researchers assessed individuals who had received treatment for TBI at 18-years-old or younger, and at least five or more years prior to the research study. The majority of childhood brain injury victims had suffered said injury at least 10 years ago. The control group in the study was young adults with no history of brain or orthopedic injuries.

For those with a history of childhood brain injury, 61 individuals had sustained a moderate to severe brain injury, with more severe and persistent symptoms such as skull fractures and observable signs of brain injury on imaging tests. These participants required longer recovery in the hospital before being discharged. The mean age of these individuals at the time of injury was 7-years-old. The other 65 subjects had more mild brain injuries as children, with loss of consciousness for 20 minutes or less, resulting in little or no memory loss, and showing no identifiable brain injury signs on imaging tests. These participants had hospital stays of 2 days or less. The average age of these individuals was between 10 and 11-years old at the time of the TBI event.

After conducting psychological interviews and tests for each study participant, researchers discovered that those with a childhood traumatic brain injury were significantly more likely to suffer from anxiety disorders, panic attacks, specific phobias, and depression, than those who had no history of TBI. Specifically, people who sustained a childhood TBI were five-times were more likely suffer from some form of anxiety disorder, as well as approximately four-times more likely to experience panic attacks, specific phobias, and depression as adults.

In addition, the individuals with moderate or severe youth brain injuries were the most likely to suffer from anxiety disorders. Females were more prone to anxiety disorders than males among all participants. The investigation also revealed that these psychological symptoms persisted for up to 13 years after the intial event. According to Albicini, it is unclear whether the brain damage itself, or the resulting anxiety in the family unit, is responsible for these outcomes. What is for certain, however, is the extreme and far-reaching consequences of traumatic brain injuries in childhood for victims.

If your child suffered complications from a traumatic brain injury in New Jersey, contact our experienced childhood TBI lawyers for additional information about your potential eligibility for financial compensation. Please call (973)-435-4551 or contact us online for a free consultation.