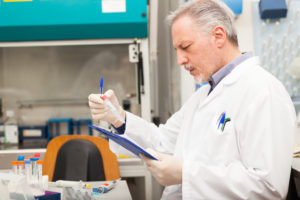 The Most Commonly Misdiagnosed Cancers

You may have heard the phrase “early detection saves lives.” In terms of cancer diagnosis and treatment, this could not be more true. If cancer is diagnosed in its early stages, patients are able to begin treatment sooner and to significantly improve their chances for survival. Although hard to imagine, cancer misdiagnosis and missed diagnosis occur with astounding frequency in the United States. What’s all the more devastating? The most commonly misdiagnosed cancers are also among the most fatal when detected in the later stages.

The following cancers have the highest rate of misdiagnosis in America.

Skin cancer is the leading form of cancer diagnosed in the U.S. It is also among the most common misdiagnosed cancers. There are several forms of skin cancer that doctors may miss or mistake for everyday conditions such as eczema. One in five people will experience skin cancer during their lifetime, including melanoma, non-melanoma and its subtypes basil cell carcinoma and squamous cell carcinoma. Among these types, melanoma is the one of the most frequently misdiagnosed cancers in the U.S. and it is also extremely dangerous if left untreated. If doctors fail to identify or appropriately address unsual moles, growths, or skin irregularities, skin cancer can rapidly progress to later stages where the prognosis significantly declines.

There are multiple ways in which skin cancer missed and misdiagnosis occurs, including failure to take a thorough family history, incomplete physical exams, diagnosing skin cancer as a more benign condition, failure to order a biopsy, and errors in lab. In fact, errors in the lab tests, inaccuracy in reporting, and misinterpreting lab results is far more common than you may believe. For instance, an ABC News report found pathologists often make serious errors when examining cancers beyond their area of speciality.

In terms of cancer prevalence overall, lung cancer is second behind skin cancer among Americans. It is also one of the leading cancers in terms of missed and misdiagnosis. Lung cancer is extremely deadly. It is the overwhelming leader in terms of cancer death among both men and women in the U.S. every year, according to the American Cancer Society. In fact, more people die of lung cancer than prostate, breast, and colon cancers combined. Tragically, countless patients are diagnosed with lung cancer after it has progressed past the point at which treatment is effective.

One reason for this is the slow progression of lung cancer in the body. Of course, this is positive when lung cancer is detected early on and can be successfully treated. On the other hand, lung cancer sufferers experience few to no symptoms while the cancer is in its early stages. When a few symptoms of lung cancer do present, doctors commonly misdiagnose chronic coughing, shortness of breath, and similar symptoms as more benign conditions. Both small cell and non-small cell lung cancer sufferers may first be diagnosed with chronic obstructive pulmonary disease (COPD), asthma, bronchitis, or pneumonia. This unfortunately delays treatment for the underlying, far more deadly condition that threatens their lives.

Colon cancer is yet another commonly missed or misdiagnosed form of cancer, often referred to as colorectal cancer because it encompasses both cancers of the large intestine and rectum. While patients are encouraged to have a colonoscopy as they enter middle age, and many do, colon cancer goes undiagnosed on a regular basis. In other cases, doctors will misdiagnose it for a more benign condition affecting the gastrointenstinal system. Common misdiagnoses for colorectal cancer include Diverticulitis, Hemorrhoids, Irritable Bowel Syndrome (IBS), Ulcerative Colitis, and Crohn’s Disease. If doctors are delayed in detecting colon cancer, this dangerous situation can quickly become dire.

Lymphoma is a cancer affecting the lymphatic system, which is a critical part of the body’s immune system. Most often, lymphoma affects the blood through the body’s white blood cells, known as lymphocytes. There are two main types of lymphoma: Hodgkin lymphoma and non-Hodgkin lymphoma, both of which may lead to night sweats, fever, unexplained weight loss, and enlarged lymph nodes. The worst part of lymphoma is that it can be extremely difficult to treat, as the body’s immune system may be compromised before treatment even begins. According to a study from the National Coalition on Health Care and Best Doctors covered in Boston Magazine, U.S. doctors reported lymphoma as the most frequently misdiagnosed cancer. The primary symptoms of lymphoma underlie this sad fact, as they are also associated with conditions like mononucleosis, pneumonia, and the even the common cold.

My Doctor was Delayed in Diagnosing my Cancer

The sad reality is: missed diagnosis of cancer imperils lives and earlier detection often saves it. When doctors fail to detect cancer or misdiagnose cancer, patients are deprived of the opportunity to take early and immediate, often life-saving action. If you or a loved one was diagnosed with cancer and you believe your doctor should have recognized it sooner, you should speak with an attorney who can discuss your potential for legal action. A cancer misdiagnosis lawyer can investigate your unique situation to find out if medical negligence occurred and fight for compensation you deserve. For additional information regarding delayed cancer diagnosis, contact our New Jersey medical malpractice attorneys at 973-435-4551. We are here to help and happy to provide a free evaluation of your case.