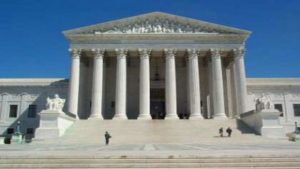 Experienced New Jersey Medical Malpractice Attorney Ernest P. Fronzuto recently argued an important case before the Supreme Court of New Jersey, where he fought to protect patients’ rights to the information surrounding their medical care in the context of hospital privilege under the Patient Safety Act. The critical question brought before the state’s highest court was: If a patient suffers harm due to medical negligence in New Jersey, where does the hospital’s right to confidentiality end and the patient’s right to understand what happened begin?

Mr. Fronzuto and the legal team at Fronzuto Law Group represented the plaintiff, a 23-year-old woman who sustained significant injuries after healthcare providers at a Morris County hospital were delayed in diagnosing her ruptured appendix and pelvic abscess. Having experienced symptoms including abdominal pain and fever for several days, she arrived at the hospital in Pompton Plains, New Jersey seeking medical care.

Unfortunately, doctors diagnosed her with pneumonia and failed to recognize the serious condition affecting her pelvic area. After finally being diagnosed with a perforated appendix and pelvic abscess, the patient underwent several surgical procedures, including surgery to drain the abscess. She then began to develop a bacterial infection known as necrotizing fasciitis, as the abscess drainage leaked around the nerve. With several lapses in her diagnosis and treatment, the plaintiff suffered permanent injuries to her legs and buttock, as well as residual pain.

Fronzuto Law Group filed a medical malpractice lawsuit on the victim’s behalf, naming the hospital and three of its doctors for failing to provide an acceptable standard of care. During the discovery phase, a Passaic County Superior Court Judge determined that the plaintiff suffered a serious, preventable adverse event (SPAE), which the hospital failed to disclose to the patient or to the New Jersey Department of Health, as required by law.

Under the New Jersey Patient Safety Act of 2004, hospitals are required to report serious preventable adverse events, or SPAE’s, to the Department of Health, with the expectation that the hospital’s self-critical analysis remains confidential. By protecting the hospital’s right to confidentiality with regard to internal review documents, the law creates an environment in which medical facilities can analyze adverse events to identify errors in care that may prompt procedural improvements. The purpose of the Patient Safety Act (PSA) is to promote improvements in patient care through honest, non-punitive self-critical analysis.

The defendants in this case did not inform the victim that a SPAE had occurred, nor did they report the incident per the requirements under PSA. Then, during the medical malpractice litigation that followed, the hospital provided the patient with 4,500 pages of health records, nine of which contained information about the errors in her treatment. Mr. Fronzuto explained this attempt to bury the evidence in the discovery, calling it a “catch me if you can” situation.

While the PSA is important, it does not preclude patients from accessing the information they need to understand the course of events during their treatment. Although the Supreme Court upheld the confidentiality of hospitals’ self-critical analysis in this case, it also made several clarifications with regard to patients’ rights to factual information concerning their medical care. Justice LaVecchia wrote the court’s opinion, which stated the following with regard to the adverse event suffered by our client: “…She was not informed of it and, notwithstanding her fifth interrogatory, received no specification or narrative to accompany the approximately 4500 pages of medical records that would lead her to the discrete yet interconnected notations of the incident that appear on nine pages of that record.”

The Court went on to state that the plaintiff is entitled to a narrative of events, meaning the defendant cannot dump 4,500 pages of documents in the hopes that the victim will not find the needles scattered in the haystack.

In response to the court’s decision, Mr. Fronzuto said, “It’s a victory for patients…There was no question the PSA was intended to shield self-critical analysis. But hospitals were using that privilege…to shield facts from patients…The facts belong to the patient.”

Have You Been a Victim of Medical Negligence in New Jersey?

If you or a loved one is in need of assistance with a medical malpractice case in New Jersey, experienced NJ medical malpractice attorney Ernest P. Fronzuto and the team at Fronzuto Law Group are here for you. Call 973-435-4551 or fill out an online form to arrange an absolutely free consultation.