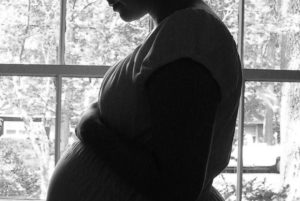 Maternal Mortality in the United States: Understanding the Numbers

The United States added a question to the standard death certificate in 2003 to more accurately gauge the number of maternal deaths each year. With 4 million pregnant women who give birth annually in the U.S., it is essential to understand key trends in pregnancy-related deaths, factors that contribute to these deaths, and potential strategies for preventing maternal mortality. If someone you love suffered maternal death in New Jersey, it is critical to understand your rights and the legal avenues that may be available to you. Seeking justice and accountability from those whose negligence contributed to the death of your loved one may be on the horizon. Simply call 973-435-4551 or contact Fronzuto Law Group online to speak with an experienced New Jersey maternal death attorney regarding unique situation. Our team will provide a comprehensive investigation into potential medical malpractice in your case and discuss your potential grounds for a lawsuit.

A recent study published in the Journal Obstetrics & Gynecology reviewed maternal mortality data from all of the states in the U.S. to ascertain a more accurate vision of the maternal death rate. According to data reported between 2000 and 2014, the estimated maternal mortality rate (per 100,000 live births) for 48 states and Washington D.C. (excluding California and Texas) increased by 26.6%, from 18.8 in 2000 to 23.8 in 2014.

After investigating the data, researchers concluded, “The maternal mortality rate for 48 states and Washington D.C. from 2000–2014 was higher than previously reported, is increasing, and places the U.S. far behind other industrialized nations.” The  World Health Organization (WHO) echoed this contention, citing that the U.S. now has a higher maternal mortality ratio than the majority of high-income countries. So what is causing the rise in pregnancy-related deaths in the United States? Let’s dive into the numbers.

Causes of Pregnancy-Related Deaths in the United States

The United States Centers for Disease Control (CDC) accumulate date related to maternal mortality with its Pregnancy Mortality Surveillance System. Data reflecting pregnancy-related deaths is intended to inform and expand the knowledge base as it relates to the causes of maternal death. According to CDC data, the following were the determined causes of pregnancy-related deaths in the U.S. between 2011 and 2013, shown as a percentage:

6.1% of pregnancy-related deaths between 2011 and 2013 were attributed to unknown causes.

The World Health Organization (WHO) has identified three factors that most likely contribute to the increasing maternal mortality rate in the United States. The first factor involves obstetricians and more specifically, the lack of a streamlined, procedural approach to pregnancy-related emergencies. Often, complications involving pregnancy and childbirth are not recognized until the situation is far more life-threatening. The WHO has recommended establishing a national plan for managing obstetric emergencies to combat this ongoing issue.

The second contributing factor relates to the rise of chronic conditions in pregnant women. In fact, conditions such as preeclampsia (hypertension), gestational diabetes, and obesity significantly raise the risks for complications. Doctors must have a coordinated approach to managing these conditions during pregnancy, delivery, and after childbirth in order to prevent serious harm.

The third factor cited by the World Health Organization involves the failure of the U.S. to accrue, analyze, and apply comprehensive data about maternal mortality. Although there is some analysis of available data and information is released periodically about pregnancy-related deaths, the medical community and states have yet to convene and engage in a national dialogue about risk factors associated with maternal mortality and possible strategies to move these trends in the opposite direction.