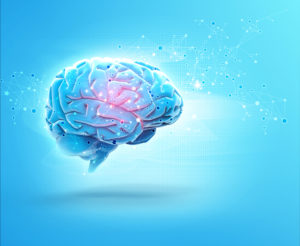 Concussion and other mild brain injuries can have lasting effects. These injuries do not discriminate among those whom they impact, occurring in children and the elderly alike. Sadly, a person who suffers a concussion or another mild trauma affecting the brain may experience permanent cognitive impairments, personality changes, differences in behavior, and more. These lasting effects do not simply impact the sufferer, instead extending to his or her family, friends, and close personal relationships.

As it stands, there is no accepted, effective treatment for the neurological complications resulting from TBI. However, new research represents a potential light at the end of the tunnel for some traumatic brain injury patients who experience cognitive impairments following their injury. Researchers at the University of Saskatchewan (USask) recently found that low frequency magnetic stimulation (LFMS) improved the cognitive and motor function of mice with TBI.

Can You Reverse Complications from a Brain Injury?

The possible complications and symptoms of concussion and other brain injuries are vast and highly varied. People with a concussions and mild TBIs may suffer sleep disturbances, difficulty walking, problems with balance and coordination, issues with comprehension, and other cognitive and physical impairments as a result of their injury. Children with brain injuries often experience more significant long-term effects of TBI, as their brains continue to develop from before birth to their mid-twenties.

Although devastating, there is no current treatment shown to reverse these complications, until now. A new study, published in the Journal of Neurotrauma, found that low frequency magnetic simulation (LFMS) could provide a non-invasive form of treatment for concussion. Not only did LFMS improve cognitive and motor function in mice, but it could possibly prevent the future degenerative effects of brain injury, yet another serious problem caused by severe concussion.

Researchers at the University of Saskatchewan (USask) conducted a study to evaluate the potentially positive effects of magnetic therapy on mice with TBI. The mice included in the study had difficulty with various tests and tasks following repeated concussion, demonstrating the neurological and physical symptoms of these injuries. For example, the mice had difficulty running on a wheel and maintaining their balance. The magnetic stimulation used in the study is similar to the movement of brain waves and was administered via a device similar to a laptop.

After administering magnetic stimulation for 20 minutes per day for four days, investigators noted improvements in the mice on cognitive tests, as well as improved ability to navigate a maze, run on a wheel, and walk in a straight line. Shockingly, mice who received LFMS therapy saw a restoration of normal sleep function (circadian rhythms), and near-normal abilities with regard to motor function and performance on cognitive tests.

Beyond the immediate improvements, researchers also noted the restoration of specific proteins that are vital to prevent brain degeneration and a variety of neurological conditions for which TBI patients are at greater risk as they age. The magnetic stimulation treatments caused an increase in the levels of these proteins, which are needed to protect the neurons and combat the damaging inflammation caused by concussion. The next phase of this research will expand the scope and duration of current animal trials and proceed to human testing.

Hope for Patients with Traumatic Brain Injury in New Jersey

Finding a possible effective treatment to reverse the effects of brain injury and concussion is an extremely important goal among neurologists, researchers, and others in the medical community who serve in the treatment and rehabilitative care process for TBI patients. With additional tools at their disposal, healthcare providers can further aid their patients in making strides toward improving the quality of their daily lives. Most importantly, magnetic stimulation therapy presents a major source of hope for individuals with concussion and other brain injuries. When dealing with the headaches, mental cloudiness, mood changes, and difficulties in your daily life caused by an injury, there may be hope on the horizon.

If you have questions regarding a legal matter involving concussion or traumatic brain injury, contact the New Jersey brain injury attorneys at Fronzuto Law Group today. We represent individuals throughout the state in a broad range of personal injury matters, including those who suffer harm as a result of medical malpractice, defective products, unsafe properties, and other forms of negligence. Call 973-435-4551 today for a free case review.