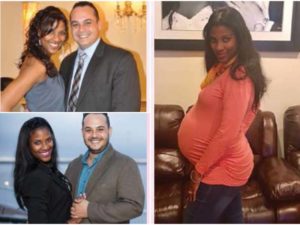 Fronzuto Law Group recently filed a wrongful death lawsuit in the case of a mother who suffered severe neurological injuries following the birth of her twins. The Union County hospital’s negligence in failing to recognize and treat preeclampsia led to the tragic death of a loving wife and pillar of her community.

The victim in this case, 35-year-old Marlenes Teixeira, was admitted to Trinitas Regional Medical Center in Elizabeth at approximately 3:30 p.m. on February 2nd. She underwent a cesarean section (C-section) to deliver her twin boys, Tony and Teo, after which she was suffering from a frontal headache and extremely high blood pressure.

Shortly thereafter, Marlenes condition worsened, as she lost all feeling on the left side of her body and became verbally unresponsive. After she began seizing, imaging tests were ordered. A subsequent CT scan revealed that Marlenes had suffered a brain hemorrhage and serious neurological injuries. She was transferred to St. Barnabas Medical Center but never regained consciousness. Marlenes died June 25, leaving behind a loving husband and two young boys who were robbed of the opportunity to know their mother’s love.

With regard to this devastating case, firm founder Ernest Fronzuto said, “The loss of a wife and mother at such a young age under any circumstance is tragic, but what makes Marlenes’ death so horrific is that it was so easily preventable with proper care and treatment,” Fronzuto said. “It is deeply troubling that Marlenes gave birth to her twins, held them in her arms, and then only a few hours later she suffered a stroke and left in a comatose state because her postpartum care was so grossly mismanaged.”

Preeclampsia and Hypertension in Pregnant Women

Had the medical professionals responsible for treating Marlenes appropriately managed her postpartum condition, specifically preeclampsia, the outcome of this case could have been drastically different. Preeclampsia is a hypertensive disorder that most frequently manifests in women in the third trimester of pregnancy or within 6 weeks postpartum. The condition involves elevated blood pressure, persistent headaches and other neurological impairments. If preeclampsia is left undiagnosed and untreated, the potential consequences are catastrophic. Women with untreated preeclampsia may suffer seizures, stroke, organ damage, organ failure, or death.

Maternal Mortality by the Numbers

Managing Preeclampsia During and After Pregnancy

Although preeclampsia can be highly dangerous, it is also manageable with proper diagnosis and treatment. In order to diagnose hypertensive conditions in pregnant women, doctors can conduct regular blood pressure tests and urinalysis to detect proteins in the urine. Generally, a blood pressure reading that exceeds 140/90 mmHg and/or a urine sample with greater than 0.3 grams of protein can confirm a diagnosis of preeclampsia. Treatment providers should also look for symptoms such as swelling; pain in the abdomen, shoulder, or lower back pain; migraines; nausea or vomiting; changes in vision; sudden weight gain; and shortness of breath or difficulty breathing. In some cases, however, women suffering from preeclampsia present with no symptoms at all. For this very reason, it is imperative for doctors to regularly monitor blood pressure and other significant health indicators.

How Fronzuto Law Group can Help

Proper monitoring is as essential in the hours and days following childbirth as it is during pregnancy. Conditions may present postpartum that pose an equally dangerous threat to the mother’s health, as in the tragic case of Marlenes Teixeira. At Fronzuto Law Group, we are passionately dedicated to advocating for victims who suffer harm at the hands of negligent medical professionals. Our skilled medical malpractice team stands by your side through every phase of the legal process as we vigorously pursue the compensation you deserve. If you believe you may have grounds for a medical malpractice claim in New Jersey, we are here to help. Call our offices anytime at 973-435-4551 or contact us online for a free consultation.