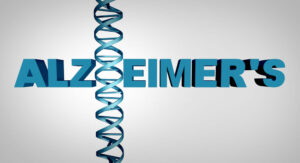 Alzheimer’s Disease and Malpractice: How can Negligence Occur Among Patients with Dementia?

Under the umbrella term, dementia, is Alzheimer’s disease. Dementia is a general term for any number of conditions that lead to memory loss, cognitive deficiencies, and social abilities decline. People with dementia may show signs early by forgetting common words that they usually know or everyday tasks that have been routine in their lives, which can progress to more intense memory loss. Issues arising as a result of Alzheimer’s Disease progression range from forgetting how to raise their arm to put it in the sleeve of a shirt when they get dressed, to forgetting the face of their husband or daughter. Dementia affects coordination and balance so that the condition can lead to falls, injuries, and serious accidents. A person with memory loss may forget to turn off the stove after cooking something. In the later stages, their bodies forget how to perform autonomic functions, like swallowing, digesting, and eliminating. Ultimately, dementia victims’ bodies shut down.

Understanding What Happens in Alzheimer’s Disease

Alzheimer’s is one form of dementia, with similar symptoms that grow worse in time. It is, in fact, the most common diagnosis among forms of dementia, accounting for approximately 70% of all dementia cases. Eventually, the sufferer can no longer perform simple daily acts, like chewing food or going to the bathroom. And while all aging comes with memory and other functional losses, Alzheimer’s is more than that. Other signs that grow progressively worse as the disease advances are disorientation; mood swings; behavioral changes, like paranoia; worsening confusion about places, people, and events; and difficulty with language, walking and swallowing. The worst part is that patients often do not realize their decline.

It does strike those over 65 mostly, though early-onset Alzheimer’s can strike those under 65 as well. In addition, the longer a sufferer has the disease, the worse it becomes. From its early stages of slight memory loss to the late stages of lost language and bodily movement, Alzheimer’s is a progressive disease that ranks sixth in all causes of U.S. deaths. The diagnosis marks a terminal illness with no known cure: most live only a decade or less after diagnosis, with fewer exceeding 20 years.

Scientists have pinpointed protein deposits called plaques (beta-amyloid) that populate the synapses (spaces between cells) and tangles of tau proteins within cells as the probable cell disruptors responsible for brain cell destruction and Alzheimer’s disease. These plaques and tangles overrun the brain area responsible for memory first before branching out to other areas of the brain. The gradual dying nerve cells creep across the brain as the symptoms of Alzheimer’s appear, causing disappearing memory, personality shifts, and bodily functions.

The good news for Alzheimer’s patients is the global effort to combat the disease. New discoveries arise around the world about what causes the condition and how to slow it down. Critical early diagnosis and medications help improve a patient’s quality of life. As scientists continue studying the disease and its effect on the brain, more treatments may be around the corner. Until now, researchers’ understanding the brain changes on the cellular level that occur even before symptoms arise is essential. Of the billions of neurons in the brain that coordinate to send and receive messages in a vast network of cooperative exchanges, some neurons in Alzheimer’s brains do not function properly and break down the whole system, eventually killing off brain cells. As the dying cells multiply, a broader area of the brain begins to change. Unfortunately, the damage is irreversible.

While there is no cure, there are treatments on the horizon and one in particular that is currently used in medicine. A therapy that targets the cause of cognitive decline, amyloids (abnormal protein) in the brain, temporarily slows the disease’s progress. Aducanumab removes amyloid and prolongs the patient’s intellectual and physical abilities. Thus, it may slow down the progress of specific symptoms, like short-term memory loss and confusion.

Misdiagnosis and Failure to Diagnose Alzheimer’s

Since early detection helps patients prolong their quality of life, medical providers must diligently examine elderly patients and recognize symptoms of the disease. Since most patients over 65 suffer some memory loss and confusion as a natural part of the aging process, doctors may not delve further into these symptoms unless a patient’s family member or other advocate raises concerns. However, since a patient afflicted with Alzheimer’s may not recognize their own changes, they may not discuss with the doctor that they cannot remember things more than usual. Even if concerns have been raised, it is the responsibility of those medical providers to investigate potential underlying causes of changes in memory retention and other possible signs of dementia.

Medical misdiagnosis involving Alzheimer’s is strikingly common, as there is no definitive test to confirm the condition. Some conditions with overlapping symptoms, such as Parkinson’s disease, may be mistakenly missed and diagnosed as Alzheimer’s, or vice versa. The only way to arrive at diagnosis of Alzheimer’s is to understand and account for all of the person’s symptoms, systematically remove other potential causes from the differential diagnosis, and finally arrive at the diagnosis of Alzheimer’s as the root of the patient’s symptoms. This is a highly complex, intensive process that, if done incorrectly, can cost a patient years of quality of life. And a patient with early-onset Alzheimer’s has more to lose if a diagnosis is not timely. Their demise may end with a significantly shortened lifespan.

If you or a family member suffered harm as a result of medical malpractice with Alzheimer’s disease in New Jersey, contact Fronzuto Law Group to explore your potential grounds for a lawsuit. For a free consultation, contact (973)-435-4551 or send us a message today.

Even after diagnosis, Alzheimer’s patients eventually need round-the-clock care, which may only be available at memory care facilities, group homes, and nursing homes. Sundowners syndrome is common among Alzheimer’s patients when they lose the sense of time and so may roam at night, not realizing the time of day. It may be too exhausting for family members to care for loved ones at home or too expensive to hire in-home caretakers for 24-hour care. Thus, families resort to long-term care facilities to house and protect their loved ones from themselves and others who might harm them. Unfortunately, their disease makes Alzheimer’s patients more vulnerable when they cannot communicate with loved ones about their care.

Stricken patients in care facilities require patient, attentive caretakers, who may be exhausted or overwhelmed while caretaking many patients. They lose their compassion and rush patients who are already confused and unable to cooperate through no fault of their own. If your loved one has signs of abuse or neglect, like bruises, broken bones, cuts, or bedsores, they may be victims of nursing home malpractice. Unattended patients with Alzheimer’s may roam, fall, or injure themselves or other patients when they become combative, which is a common symptom. Other signs of improper care are poor hygiene, sudden withdrawal from social interaction, depression, or weight loss, which indicate your loved one may be isolated and neglected.

Do not let your loved one with Alzheimer’s suffer maltreatment without remedy and recourse. Although a difficult job, caretakers in facilities or in-home care are responsible for ensuring patients in their charge are treated within acceptable standards of care for professionals in their situation. Moreover, the facilities that hire or contract with caretakers set the standards that comply with state mandates and governing board policies, practices, and oversight. In long-term care facilities, hospitals, and medical offices throughout New Jersey, doctors and nurses who oversee the health of patients with Alzheimer’s are likewise held to a standard of care to ensure patients receive proper diagnosis, treatment, and related services that support their health.

If your loved one suffered at the hands of caretakers, doctors, nurses, or other care facility personnel, Fronzuto Law Group is dedicated to assisting those injured by medical malpractice and their families across the state of NJ. Get in touch with our lawyers to discuss your Alzheimer’s related negligence case, if you may have a cause of legal action, and how our team can help you and your loved one receive compensation for their injuries. We offer free consultations to best serve your needs. Simply call (973)-435-4551 for immediate assistance.