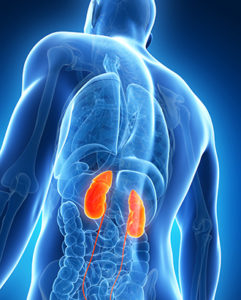 In the study, published in the Journal of the American Society of Nephrology, researchers evaluated the electronic health records of 3.8 million emergency room and intensive care patients. The study sought to ascertain the frequency of misdiagnosis among patients diagnosed with acute kidney injury during their initial medical assessment. Overall, the investigation revealed kidney injury misdiagnosis is common.

How is Kidney Damage Diagnosed?

Currently, acute kidney injury (AKI) is defined by an increasing creatinine level. A creatinine blood test is used to make this diagnosis. Creatinine is a form of waste removed from the body by the kidneys through the process of urination. By measuring the body’s current level of serum creatinine, physicians attempt to assess kidney function. Notably, a creatinine test only indicates kidney function in a singular time frame. Creatinine levels are variable among patients and influenced by several factors, including muscle mass and size of the individual’s body.

Among the patients in the study sample, 61,000 were diagnosed with acute kidney injury. However, 73 percent of these patients had creatinine levels return to normal within three days, indicating they may not have had kidney damage. One of the study’s authors, Jonathan Barasch, MD, PhD, noted that a minimal yet consistent rise in creatinine level is more likely to predict serious kidney damage and death in patients than a large increase that occurs suddenly and subsequently drops off. Unfortunately, the underlying cause of an increase in creatinine can be difficult to determine upon initial assessment. This may lead to misdiagnosis of kidney problems and improper treatment.

Dr. Barasch emphasized the potential for more kidney damage misdiagnoses in emergency rooms and acute care settings. He said the following with regard to misdiagnosis of kidney damage, “Nephrologists are trained to evaluate a constellation of factors in determining whether or not a patient has a condition that may temporarily affect kidney function, such as dehydration or heart failure, and to distinguish these temporary conditions from true kidney cell damage…But in a busy, time-pressured setting such as the emergency room or intensive care unit, doctors rely to a greater extent on the blood test used as a proxy for measuring kidney function in order to make an immediate diagnosis. Unfortunately, the initial creatinine tests can lead to misdiagnosis and inappropriate treatment.”

If doctors fail to diagnose or misdiagnose kidney damage, the repercussions can be severe. Determining whether or not a patient is suffering from dehydration or actual kidney damage is imperative in order to treat these conditions appropriately. If a patient is suffering from dehydration, failure to treat it in a timely manner can result in permanent damage to the kidneys. One of the primary treatments for dehydration is rehydrating with intravenous fluids.

However, if a patient already has kidney damage, rehydration therapy can lead to a condition called pulmonary edema, which is marked by a buildup of fluid in the lungs. Pulmonary edema that develops suddenly is a medical emergency that may prove fatal without immediate treatment. Clearly, misdiagnosing kidney damage can lead to an inappropriate course of treatment and serious complications.

Did you Suffer Complications from Kidney Damage Misdiagnosis in New Jersey?

You’ve come to the right place. The highly experienced NJ medical malpractice attorneys at Fronzuto Law Group represent victims of kidney injury misdiagnosis, failure to treat kidney damage, and complications resulting from mismanaged kidney disease throughout New Jersey. If you have questions about your potential for a medical negligence lawsuit or the time limitations for filing a claim, contact us at 973-435-4551 for a free case evaluation.

For additional information related this study, access the following article: Kidney damage diagnosis may be inaccurate for many, suggests study