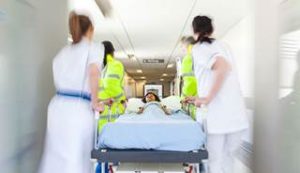 Consider this: over 3 million Americans undergo surgery each year in the United States. Some of these procedures are routine, scheduled in advance, with a low risk of complications. Others are emergent, life-saving interventions brought on by sudden, dangerous medical events. Among all surgeries, emergency general surgery (EGS) accounts for 11 percent of admissions and 50 percent of surgical mortality in the United States. Perhaps more shockingly, a study identified that 7 surgeries account for 80 percent of all surgical deaths.

The aforementioned research, entitled Use of National Burden to Define Operative Emergency General Surgery, was published in JAMA Surgery. Researchers analyzed 421,476 patient records from the National Inpatient Sample between 2008 and 2011. The research sample included adults, 18 years or older, who were admitted to the hospital urgently or emergently and underwent an operative procedure within 2 days of admission. The investigation revealed that among 35 various procedure groups, 7 specific surgical procedures accounted for 80.3% of deaths, 78.9% of complications, and 80.2% of inpatient costs nationwide. Notably, the majority of these surgical procedures involved organs of digestive system.

Seven Emergency Surgeries that Cause the Most Deaths

The 7 procedures that were responsible for over 80 percent of surgical deaths included:

Partial colectomy: also known as a bowel resection, this procedure involves the removal of damaged or diseased portions of the colon or rectum. Partial colectomy may be used to treat a variety of conditions affecting the colon, such as diverticulitis, Crohn’s disease, and colorectal cancer.

Cholecystectomy: the surgical removal of the gallbladder, which collects and stores bile, a digestive fluid produced by the liver.

Lysis of peritoneal adhesions: surgery involving the removal of adhesions in the abdomen or bowel, which can develop after infection or inflammatory conditions such as endometriosis, diverticulitis, or appendicitis. This procedure may be used to treat chronic pain, infertility, or to remove a blockage of the bowel.

Appendectomy: the surgical removal of the appendix, a small organ attached to the large intestine on the lower right side of the abdomen. Appendectomy is often necessary to treat appendicitis, which occurs when the appendix becomes inflamed.

Laparotomy: also known as exploratory laparotomy or celiotomy, this surgical procedure involves a large incision made through the abdominal wall to gain access to the abdominal cavity. Doctors often perform laparotomies in order to diagnose abdominal conditions that are unidentifiable through clinical diagnostic methods, such as acute or unexplained abdominal pain.

When Medical Malpractice During Surgery Leads to Wrongful Death

It is a fact of life that surgery comes with some degree of risk; however, in certain instances, errors during the surgery or negligent postoperative medical care can lead to preventable complications, such as infection, or even wrongful death. When surgeons and other medical professionals fail to uphold the standard of care during or after surgical procedures, they can be held accountable through legal action. At Fronzuto Law Group, our medical malpractice attorneys conduct extensive investigations to identify potential negligence and devise compelling arguments to achieve maximum compensation. With a practice that concentrates on medical injuries, we have the knowledge and resources to thoroughly examine each case and recognize instances where medical professionals deviated from the established standard of care. If you suspect that a doctor, nurse, or hospital was negligent in the course of your surgical treatment, contact our offices today at 973.435.4551 to discuss your case and receive a cost-free consultation.

For additional information pertaining to this issue, access the following resources: