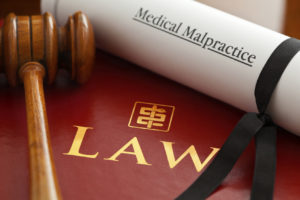 The aforementioned research was led by Dr. Karl Bilimoria, director of the Surgical Outcomes and Quality Improvement Center at Northwestern University’s Feinberg School of Medicine, and published in the Journal of the American College of Surgeons. Researchers evaluated a myriad of data, including medical malpractice insurance premiums, average award size, and the number of claims per 100 physicians, in each state in 2010. They also accumulated data from 890,000 Medicare patients, who received treatment at 3,200 hospitals dispersed throughout the United States in 2010. Among Medicare patients, half of whom were at least 74-years-old, investigators sought to identify key trends involving undue complications, deaths within 30 days of initial surgery, and the necessity for repeat operations.

Medical Malpractice Laws and the Likelihood of Medical Errors

The fundamental research question was: does an aggressive medical malpractice environment influence doctors to provide better care? The answer: no. In fact, Dr. Bilimoria said it may lead to defensive medicine, which involves unnecessary tests and treatments aimed at reducing exposure to medical malpractice litigation. Although one might anticipate that harsher medical malpractice laws contributed to a lower incidence of surgical errors, the evidence offered a diametrically opposed conclusion. According to the results, none of the states with stricter medical malpractice laws showed a significant improvement in postoperative complications or outcomes.

Perhaps counter-intuitively, in states with higher potential for medical malpractice claims, patients were 22 percent more likely to develop sepsis, a serious and life-threatening infection in the blood stream. They were also 9 percent more likely to suffer from pneumonia, an infection that inflames the air sacs in the lungs, which may fill with fluid. Pneumonia is particularly dangerous to infants, children, and the elderly.

Further, patients in more aggressive medical malpractice law states were 15 percent more likely to develop acute kidney failure,  which occurs when the kidneys are not longer able to sufficiently filter waste from the blood. Lastly, patients were 18 percent more likely to experience gastrointestinal bleeding, which can affect any component of the gastrointestinal system, including the esophagus, stomach, small intestine, large intestine (colon), rectum, or anus. All of these conditions can turn deadly if they are allowed to progress without medical intervention. Of course, the fundamental issue is the increased likelihood that they will occur in the first place.

Sadly, far too many patients must pursue medical malpractice claims after they experience pain, financial loss, and emotional suffering as a result of the negligence of medical providers and facilities. When these devastating events do occur, the highly experienced New Jersey medical malpractice attorneys at Fronzuto Law Group are passionate about standing up for the innocent victims and holding negligent medical professionals accountable for the pain they have caused. If you or a loved one sustained an injury due to medical negligence, call 973.435.4551 for a free consultation with one of our highly knowledgeable medical malpractice attorneys today.

For additional information pertaining to the recent study, access the following: Stronger malpractice laws may not prevent surgical complications